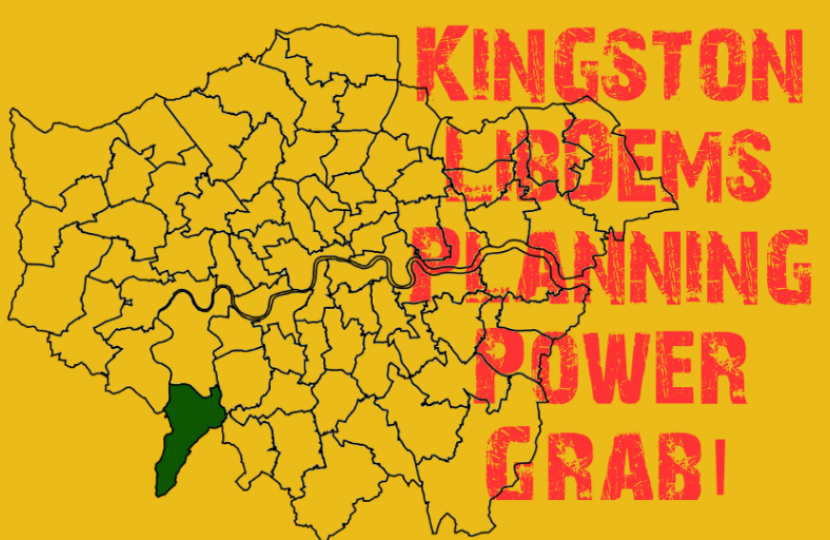 Kingston’s LibDem councillors have forced through controversial changes to the way planning applications are dealt with, making it more difficult for residents to object.

The new rules could prevent controversial applications being called-in so that residents and ward councillors can question the decision makers, rather than have the decision made behind closed doors. Despite the many concerns raised, the changes were approved by LibDem councillors at a Kingston Council meeting on Thursday 29th April.

The new rules could also see resident objections dismissed if they don’t agree with the views of an unelected planning officer, or if the Council believes they can get around it by adding conditions. It will no longer be an elected councillor that makes this decision.

The timeframe for objections is being made stricter, leaving less time for residents to object or find out the details of applications. And the changes to the acceptability of petitions and objection letters have been made unclear, meaning some objections will simply be ignored in future.

At the meeting, the Conservative spokesman for Community Engagement, Cllr Ian George said:

“The rules being forced through by the LibDems chisel away at the rights of residents, and ward councillors acting on their behalf, to hold the council to account.

“Over the last few years, the rights of residents as far as consultation, and being able to scrutinise the work of the council, have been continually eroded by this council. On top of this there are many instances of planning issues that have gone totally against the previous pledges of this LibDem council.

“This leaves residents to suffer with degraded green belt, tall towers and building on much-needed car parks and even children’s playgrounds – with decisions taken in secret meetings with no way for the public or opposition councillors to have a say or scrutinise. They take away yet more power from residents – and quite frankly this LibDem council has shown that it can’t be trusted with yet another planning power grab.”