The Tolworth Tower planning application should be refused out of hand 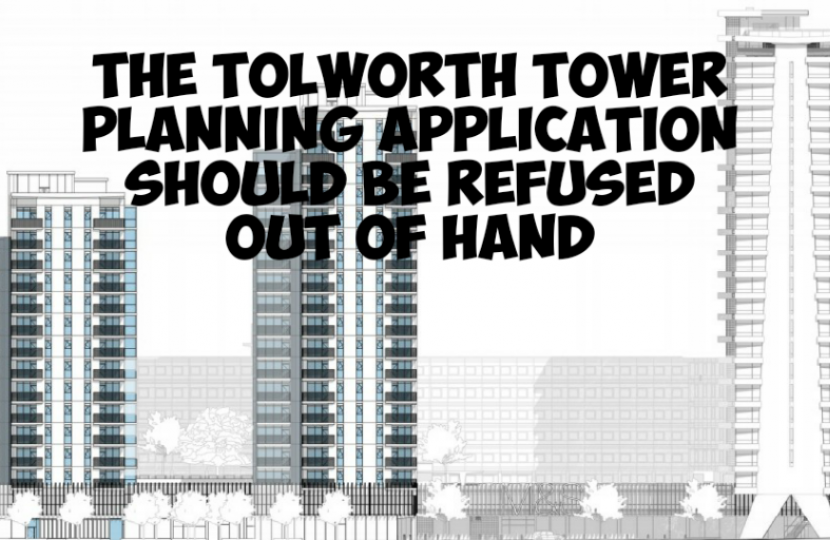 The latest proposals for Tolworth Tower and the nearby shops fronting Tolworth Broadway should be refused immediately according to a Conservative councillor.

The application would see the existing 3rd to 22nd floors in Tolworth Tower change from office to housing use. The existing shops fronting Tolworth Broadway would be demolished and replaced by two blocks of flats of 19 storeys and 15 storeys high, with some commercial space on the ground floor.

Cllr Kevin Davis, the Conservative group leader, said that the application is such a bad deal for the residents of Tolworth and the Royal Borough, that Kingston Council should refuse it before it even gets to the Planning Committee.

Cllr Davis said: “This planning proposal for the Tolworth Tower site is plain ugly, with very little thought given to it. There is no affordable housing on offer, a lack of green leisure space, no money for improvements to the local area and a huge loss of employment space. This application should be refused out of hand by Kingston Council. We need to send out a message to developers that the Royal Borough deserves better than this.”