‘Sheer incompetence’ as Kingfisher pool closed for SIX YEARS, but LibDems may not re-open it at all! 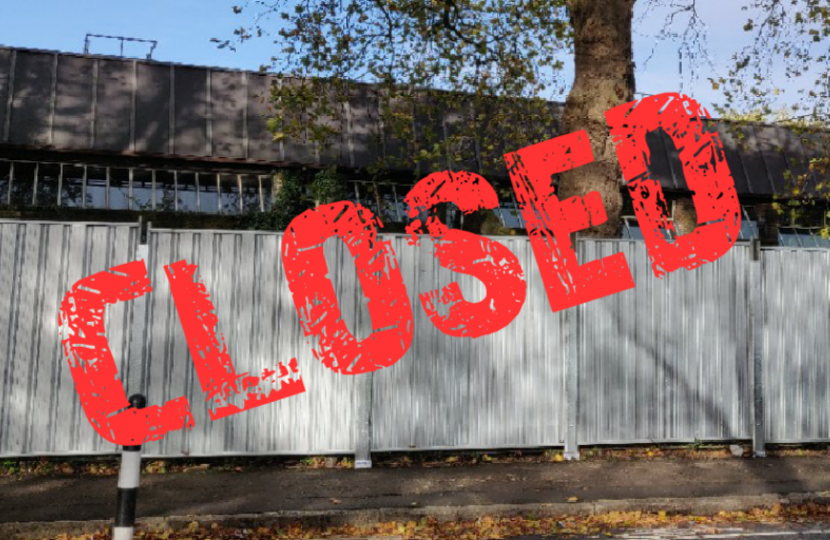 Kingston’s LibDem-run council stand accused of ‘sheer incompetence’ as they push ahead with plans to knock down Kingston’s main swimming pool and leisure centre, without knowing if they can replace it with a new one.

After closing Kingston’s Kingfisher pool and leisure centre in 2019, Kingston Council has put forward plans to build a replacement that may not be ready to reopen until 2025.

However, by linking the building of a new swimming pool to a ‘secret’ deal with unknown developers, Kingston’s much-used pool may not re-open at all. And even if it does, the residents of the Royal Borough could be forced to accept a deluge of tall towers and high-density flats as part of the deal between the LibDems and the unknown developers.

Kingston residents might wonder why the Kingfisher Leisure Centre and pool is being demolished before the deal with developers, has been signed-off by councillors in a public meeting.

There is no going back once the pool has been demolished. If the developers do not make the expected profits, then the pool will not be built. The LibDems risk leaving the Kingston Council Tax payer in such a vulnerable position that they will be forced to accept anything the developers demand.

Cllr Kevin Davis, the Conservative group leader, said: "Kingston’s swimming pool was closed in 2019, yet despite some misleading consultation and a new planning application to knock it down, we are no nearer to opening a pool and leisure centre anytime soon. In fact, Kingston Council have spent £1Million so far just keeping the pool closed! It’s sheer incompetence that they are knocking down the pool without an approved deal to provide a new one. It puts the council in a very weak position when dealing with developers.”

Cllr Rowena Bass, Conservative spokesperson for Finance, said: "The haphazard and secretive way the LibDems are dealing with the finances relating to the Kingfisher swimming pool is extremely worrying. They are risking council-taxpayers money, but putting developers in charge. How many more children will now leave school unable to swim due to inadequate council swimming facilities? Many families cannot afford to pay for exorbitant gym memberships and rely on council leisure facilities.”