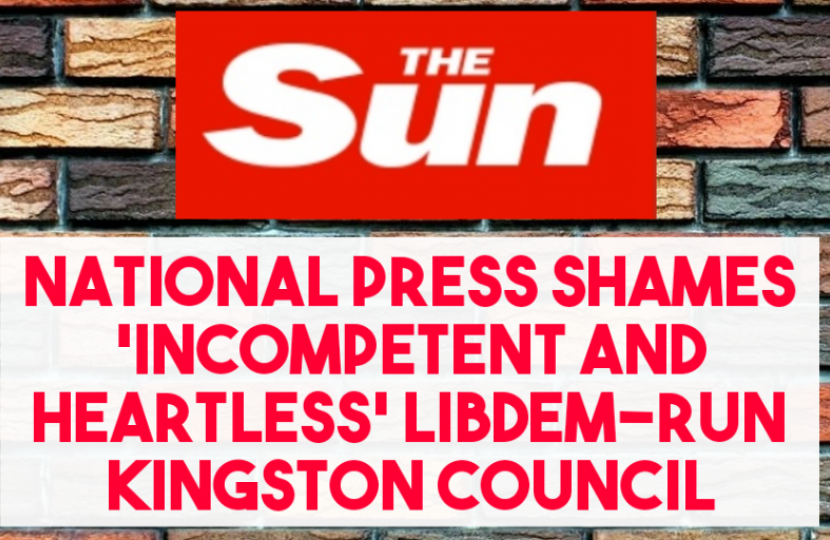 LibDem-run Kingston Council has attracted yet more national press coverage for the incompetent and heartless way it has treated a young mum and her children.

For over two years a young mum and her two young children have been forced to live in a squalid, poorly maintained council owned flat. The flat has been ridden with damp and mould, yet nothing has been done to fix the ongoing problems.

Despite other flats being available in the borough, Kingston Council has continually refused to grant the Kingston mum and children the move they need.

The issue was first picked up by the national press in October 2021. Initially Kingston Council and the LibDem councillors responsible gave the impression they would sort it out, but as the bad press went away, they took the decision to leave the family in place.

However, the national press picked up on the issue yet again on Christmas Day, where they highlighted the uncaring way that LibDem-run Kingston had treated the family. The Kingston mum and two children were forced to spend yet another Christmas in their substandard accommodation.

Although Kingston Council has previously attracted press and media coverage for controversial policies that ignore the wishes of local residents, this latest negative press coverage highlights a disturbing lack of compassion for those who need the assistance of the Council the most.

Cllr Ian George, one of the three Conservative Kingston Hill ward councillors said: “It’s embarrassing to live in a borough where those who run the council aren’t just incompetent in how they respond to these serious issues, but are completely heartless in the way they actively punish a Kingston family for highlighting the serious shortcomings of the council. The Council Leader and Portfolio Holder for Housing should be ashamed of themselves.”

The two national press articles, along with videos, are a must read for any resident of Kingston upon Thames. There will no doubt be much more negative press and media coverage to come unless there is a change of heart from those in power.