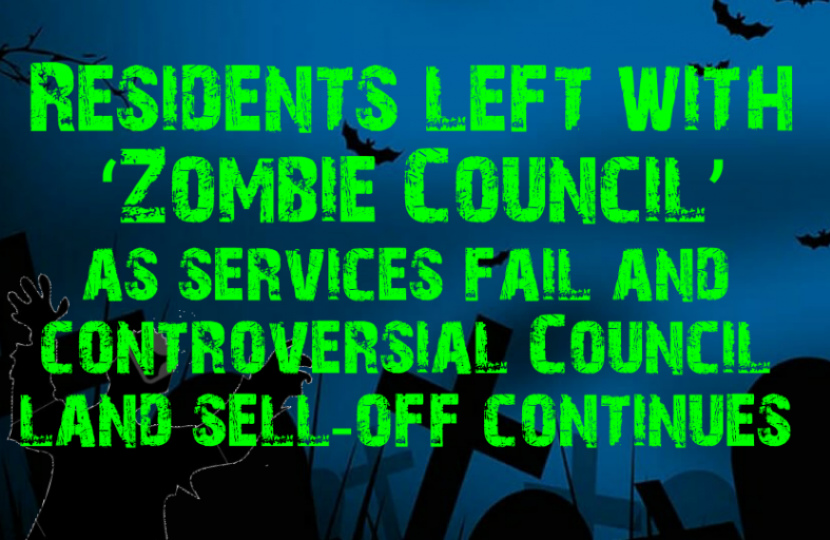 In a sudden late-night announcement, the Lib Dem Leader of the Council has resigned and issued a statement whilst still sitting in the meeting of the Lib Dem group discussing her future.

However, the current Council Leader will remain in place until the next Full Council meeting in the middle of December. This means that despite the Leader leaving, her disastrous policies and decisions will continue. It’s like a ‘Zombie Council’ heading towards the precipice with nobody willing to take responsibility.

“As we witnessed at the recent full council meeting I am afraid the Leader of the Council had lost the trust of the residents of the borough, lost control of the council and ultimately lost the backing of her own party. The toxic combination of the selling of council assets, a desire to build more and more tall buildings, the mishandling of the Cambridge Road Estate regeneration, the closure of the Kingfisher swimming pool and the decision to close down dissent by stopping residents from participating in meetings has led to her downfall.”

“I know this decision will have been a personal disappointment to Cllr Kerr. Being Leader of the Council is a tough but rewarding job. However, I’m sure she will come to realise this was probably the best course of action in the current circumstances. However, residents are still in the dark as to who is actually now in charge of Kingston Council at this key time.

Having lost two leaders in eighteen months and had three councillors resign from their group, one would hope they might try and select a new Leader who can not only heal the rampant divisions in their own party but also seek to bridge a new relationship with residents that begins to make them feel their views are important.”