The end of an era, as Kingston loses a great servant 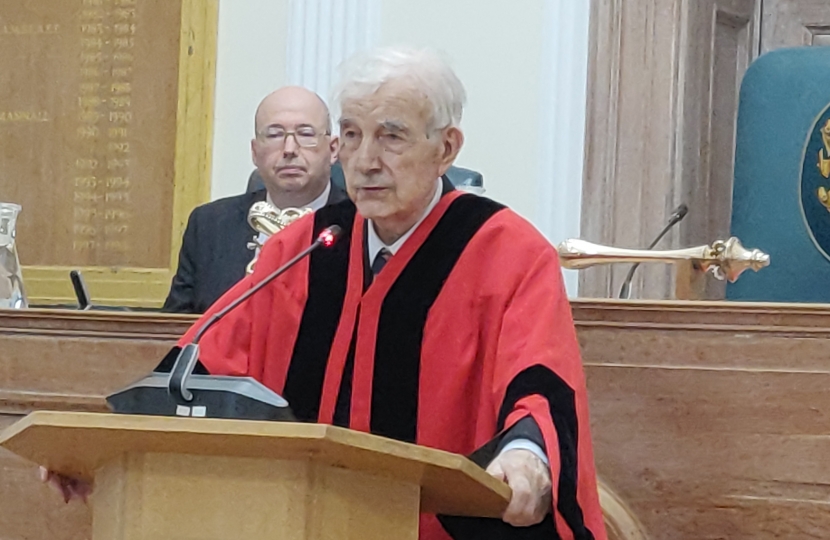 We recently received the very sad news of the death of that former Conservative Councillor, David Fraser MBE. David was a well-known and well-regarded local councillor for many years, although that’s only part of the story. David devoted his life to helping others, and many local residents, community groups and charities will have fond memories of him.

David served as a Conservative councillor for first St James’ ward, then subsequently Old Malden ward between 1984 and 2018. He was Deputy Mayor on three occasions in 1989/90, 1990/91 and 1998/99. In 2013 he was awarded an MBE in the New Year's honours list. The well-deserved honour was in recognition for his services to Health and to the community in the Royal Borough of Kingston upon Thames.

David only retired from his career as a social worker, after more than 40 years working for the Primary Community Mental Health Team, when in his eighties. Just a few years ago, David was awarded the honour of becoming an Honorary Alderman of the Royal Borough of Kingston upon Thames in a ceremony (shown above) at the Guildhall.

Councillor Fraser has a long history of working to improve the lives of disadvantaged people; raising funds, helping elderly, isolated and vulnerable residents to obtain benefits, helping get housing repairs done, or simply being available to listen to the residents’ problems and trying to help if possible.

David really was a one-off, and his passing certainly does feel like the end of an era.

David leaves behind his loving wife Phyllis and his children. Our thoughts are with them at this difficult time.