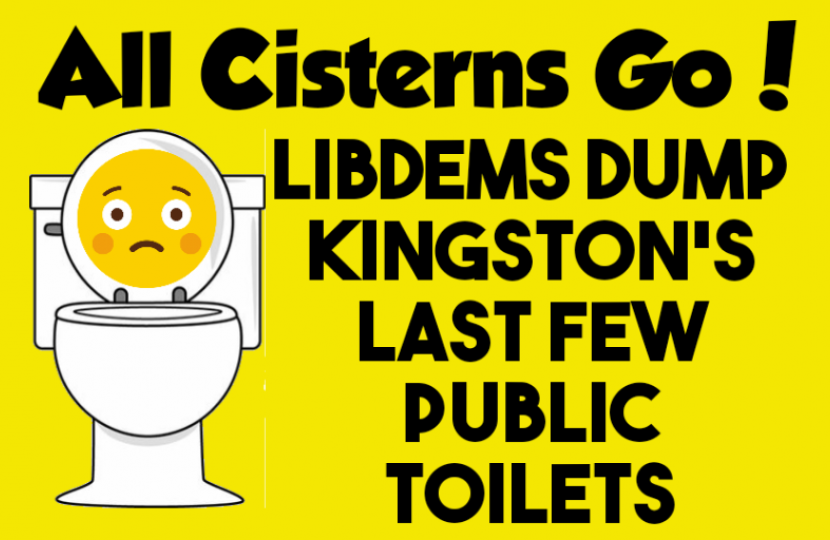 Kingston’s LibDem councillors voted through plans to permanently close the last four public toilets in the borough at a committee meeting on Thursday 11th February.

Following the public backlash from their disastrous budget proposals, LibDem councillors tried to spin the news saying that the toilet closures were due to Covid-19 lockdown precautions. However, when challenged by a Conservative councillor their story soon started to unravel, and the LibDems proceeded to vote through the ‘permanent closure’ of the public toilets.

Conservative councillor Ian George highlighted the advice from Council Officers and the details in the LibDem budget papers, that confirmed the toilet closures were a permanent cost-cutting measure. He then challenged the LibDems to change the wording of the motion to enable the public toilets to re-open after lockdown. Unsurprisingly the LibDems refused to change the motion wording and forced through the closures, with only Conservative councillors voting against.

“The LibDem councillors were disingenuous by suggesting the closures were simply due to the Covid-19 lockdown. Their own Council Officers and budget report states otherwise. They have one last chance to make another U-turn on their ill-conceived budget at the Budget Council meeting on 25th February. Kingston’s residents have had enough of the LibDem PR and spin. For paying the highest Council Tax in London residents deserve at least the most basic of traditional council services.”